As the City grows the need to improve our utilities grow. This became very clear with the sewer line under Main Street. That line has reached capacity and needs to be replaced.

The project will be done in three phases, with the largest phase starting in September. What will occur is listed below and as the City knows more, we will be sure to update the community.

September progress for the Main Street Project shows that 3 manholes were removed and replaced and the portion between Third and Fourth Street pipe was laid.  The dewatering and bypassing pumping will continue as the construction crew moves eastward down Main Street. Parking in front of City Hall is now open as well as the west parking lot.  Rolling closures will occur during the latter part of October. Off-street parking is available as indicated in the map provided. 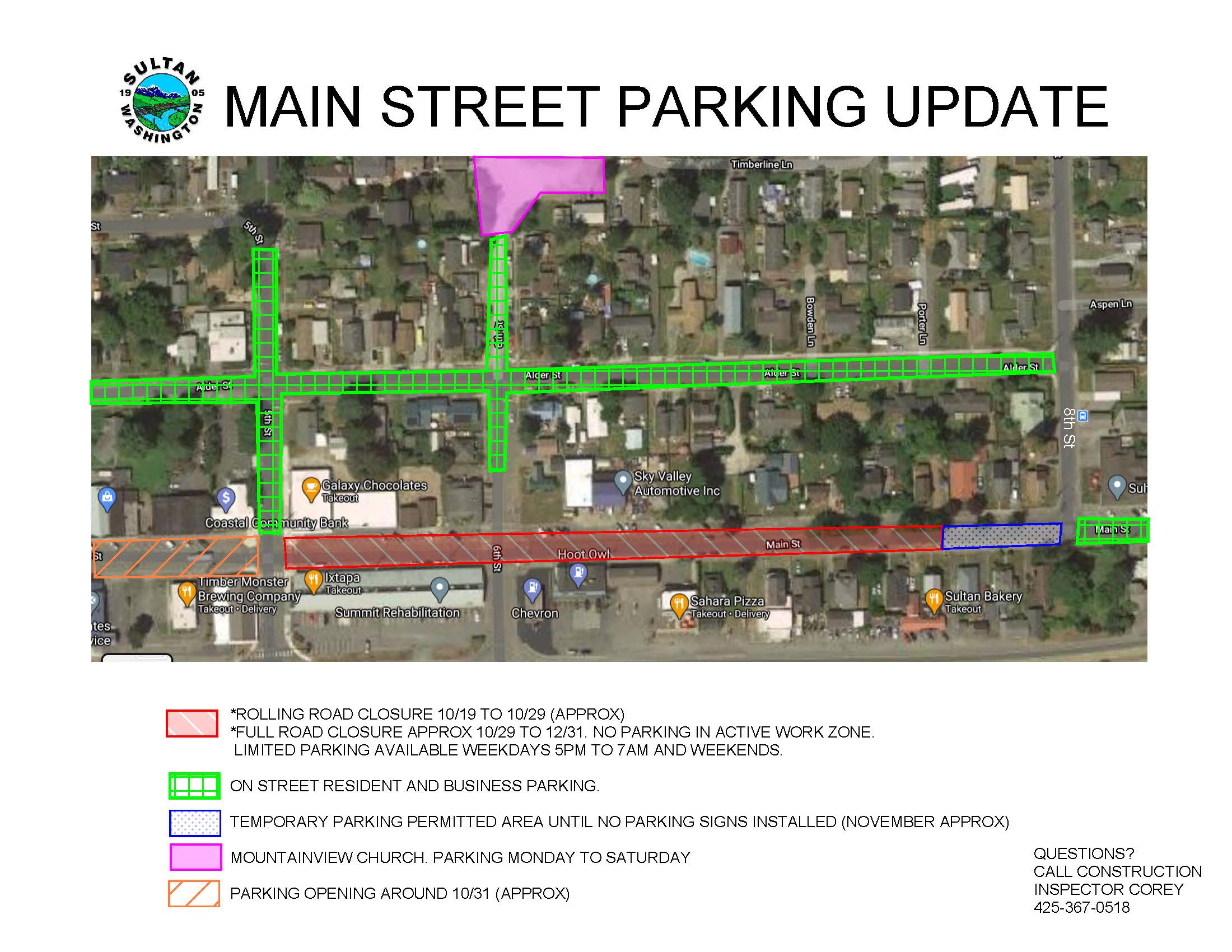 In June, City staff visited the businesses and residents on Main Street. In speaking with folks, we answered many of the questions on why we are replacing the sewer line. Now as we approach the construction, we want to update you on the timing and where to find out additional information on the project.

In various locations on Main Street there are large signs with a picture of the project. These signs will be updated with smaller signs that will outline the project and when the contractor is expected to reach certain portions of Main Street. In addition, the City will update the website and Facebook on a weekly basis on the project as well.

Below are a few key dates and locations of the project. These dates are subject to weather and how fast the contractor can work on each section of the sewer line. 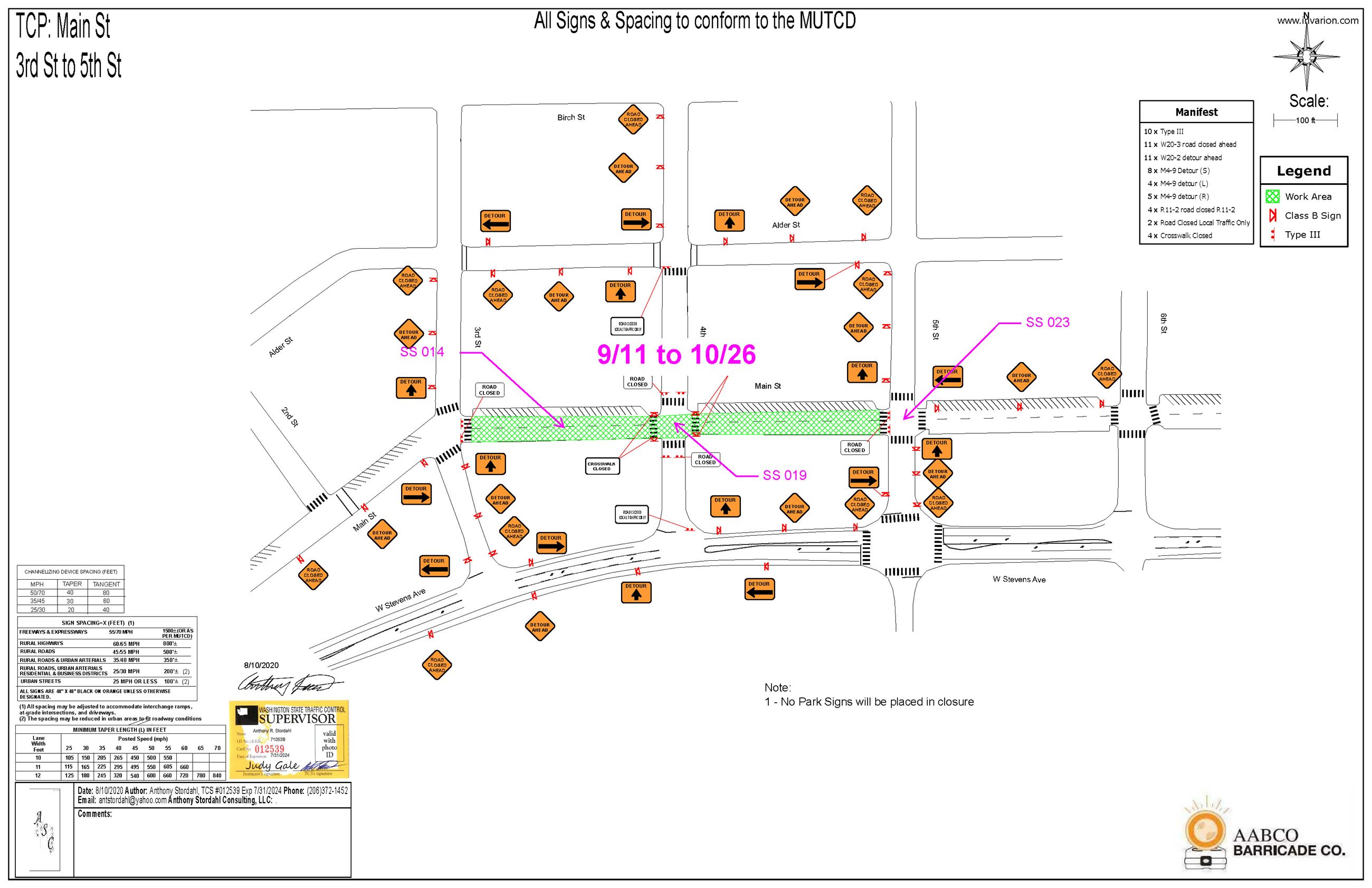 We understand that a project of this size will have impacts on businesses and residences located on Main Street as well as residents that pass through. Our goal is to communicate clearly and work to lessen these impacts as much as possible.

Corey Poland will be the inspector on site during construction to resolve any immediate issues you may have. Corey can be reached at 425-367-0518.

If you have additional questions or concerns, please feel free to contact the City’s Public Works Director, Nate Morgan, either by phone at 360-793-2262 or by email at nate.morgan@ci.sultan.wa.us.