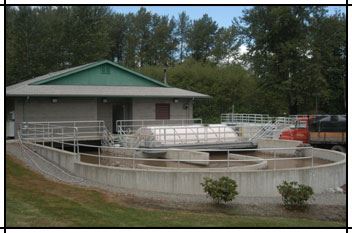 The City of Sultan’s wastewater collection and treatment process involves a multifaceted system made up of a Wastewater Treatment Plant (WWTP), a wastewater lift station, and approximately 16 miles of gravity and force main piping. The City of Sultan’s sewer system is a major infrastructure, most of which is invisible to the customers it serves. The sewer system requires qualified staff to operate and maintain an ongoing capital improvement program to replace old components to meet the requirements mandated by federal and state laws. Current rates can be found under Ordinance 1293-18.